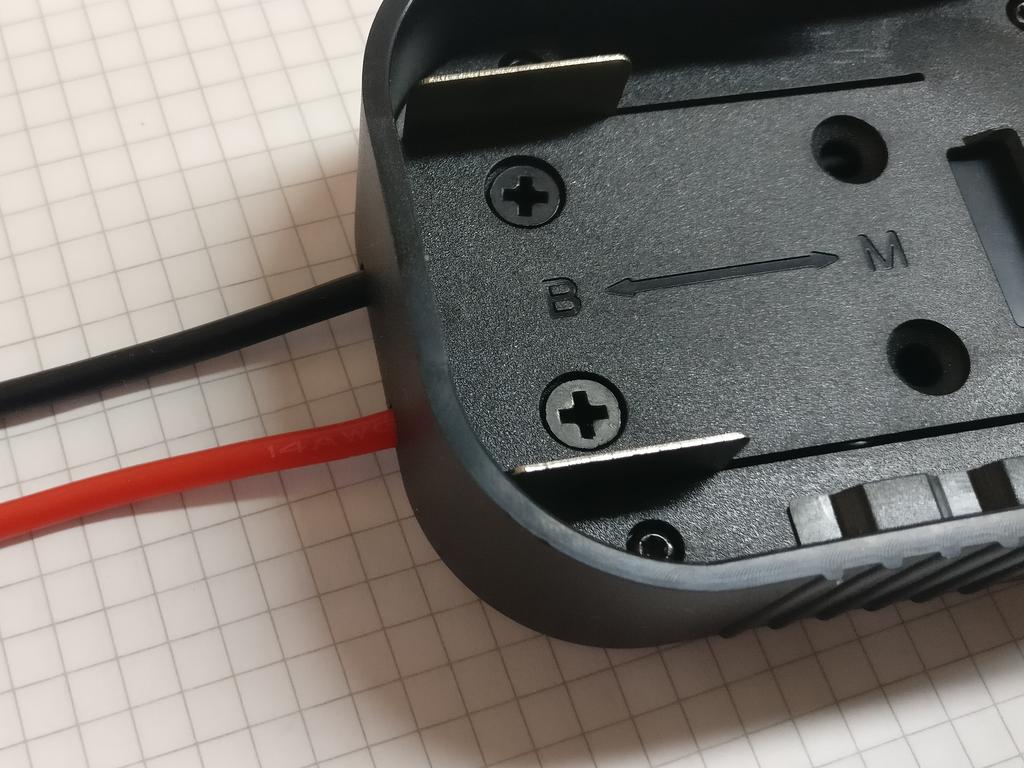 The portable, STM32-powered TS100 soldering iron has a wide input voltage range from 12 V to 24 V. Since the resistance of the soldering tips doesn’t change, the power consumption will vary from about 17 W at 12 V to about 65 W at 24 V.

To power the iron from a Lithium polymer (LiPo) RC (remote controlled car, drone or plane) battery, choosing one with 5S (five cells) seems to be the most fitting choice, since its voltage will vary from about 15 when empty to 21 Volt when fully charged. 4S would also be feasible, but with the cost of losing power because of the lower voltage.

Installing the “Ralim” custom firmware for the TS100, made by Ben Brown, you also get some nice features and the possibility of setting the power source explicitly to a, say, 5S battery. This way the soldering iron will not only show the current voltage in form of a battery symbol, but also cut off at a certain voltage level, to protect the battery.

The downside of using a RC battery is, that it’s not really made for rough environments, since its purpose is to sit inside a vehicle and power it.

Power tool batteries on the other hand, are usually encased in a very rigid and stable ABS or PC plastic box and are also electronically protected. The same is true for their chargers. So basically an 18 V battery from Bosch, Makita, DeWalt, Milwaukee or other companies is just another 5S battery pack — most of them using multiple 18650 cells instead of LiPo packs, but that doesn’t really matter, when it comes to charging and discharging them.

Some companies already provide adapters for their batteries. Unfortunately many of them only output 5 V DC (USB voltage) and maybe 12 V DC, not the “raw” voltage.

But if you look at places like eBay, Amazon or AliExpress, you’ll find alternative, third party, solutions that will most likely need some additional work, but allow you to get to the battery voltage in a convenient way.

I got a simple adapter for about 10 EUR, that came with horrible stiff wires, but nicely fitting case (in this case usable for Makita and Bosch 18V batteries). I replaced the leads them with some 14 AWG, flexible silicone wires and put a XT60-connector on it. I could have put on a female barrel jack (using smaller wires, of course…), but I decided, that XT60 would be more versatile for different applications.

The TS100 itself is connected with a less thick cable, with a fitting male barrel connector and a male XT60 on the other end. It needs to be able to transfer about 2.5 A of power. Silicone wire would have been perfect, but unfortunately I have not found a suitable two-core cable made of silicone, yet. Only single core or at least 4-core or more.